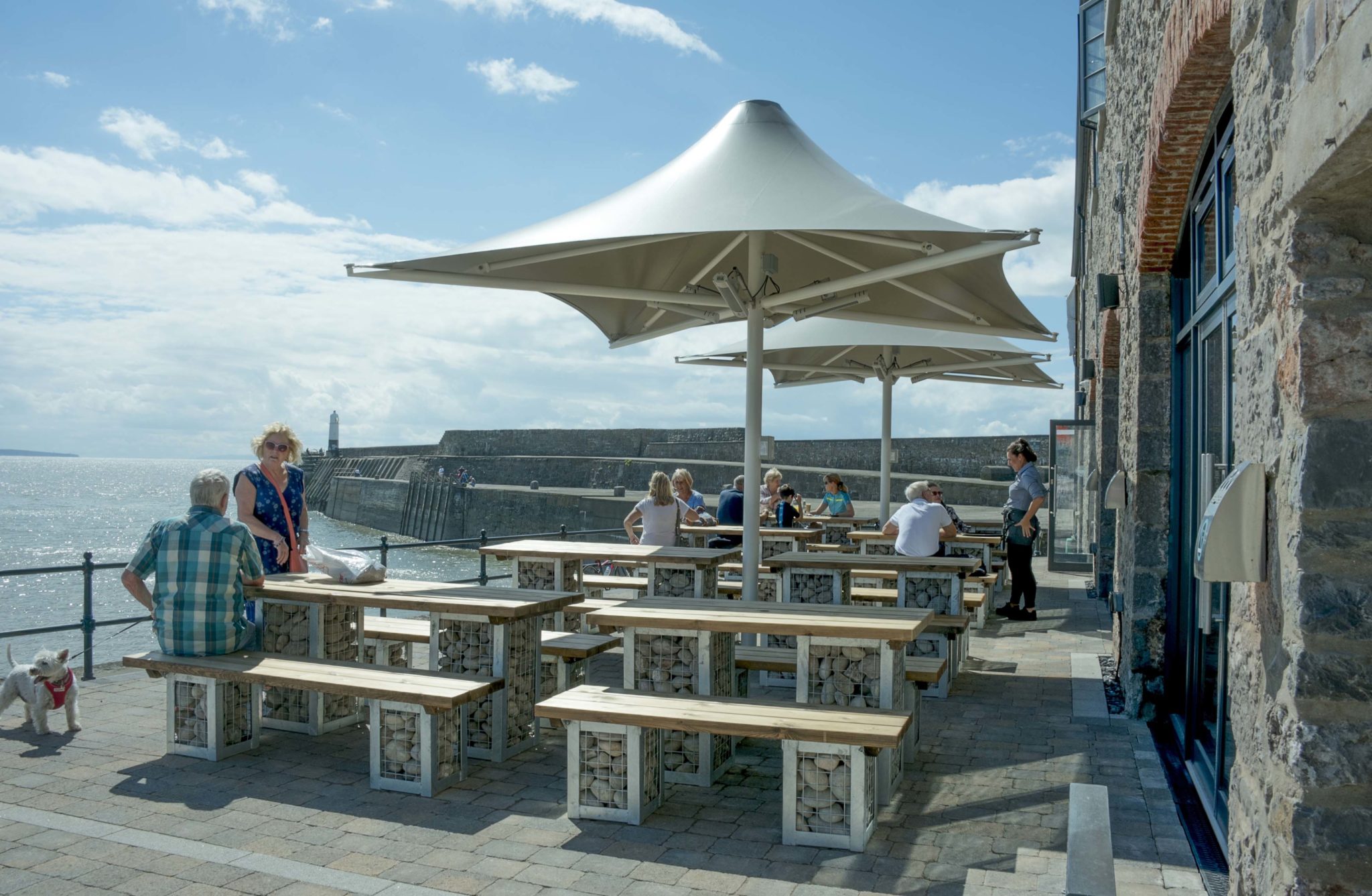 The Grade II-listed Jennings warehouse building now forms a hub of activity in the seaside town of Porthcawl – but until early 2017 was abandoned and had fallen into disrepair. Now the building forms the centrepiece of the wider Porthcawl harbour and seafront area.

The creative mixed-use scheme,  by local developer DS Properties and Ellis Williams Architects, is a catalyst within the Porthcawl Harbour Regeneration Area.  Through this redevelopment project the Jennings building has been made fully accessible to all users. From the outset, equality of access was an important driving feature of the design process. We worked closely with the Conservation Officer at Bridgend Council to design appropriate and compliant solutions throughout the building while retaining sensitivity to the building’s Listed status.

The Jennings Warehouse lies within the Bridgend Waterfront and Harbour regeneration areas and is a key catalyst supporting Bridgend Council’s aspirations for the wider regeneration of the town and waterside. The local community have already taken to the building as a focal point or destination on the harbour side which was missing previously. It is hoped that this building will kick-start wider regeneration in the town.

June 1, 2018 in Awards, News
This website uses cookies to improve your experience. We'll assume you're ok with this, but you can opt-out if you wish.Accept Learn more
Privacy Notice
Necessary Always Enabled