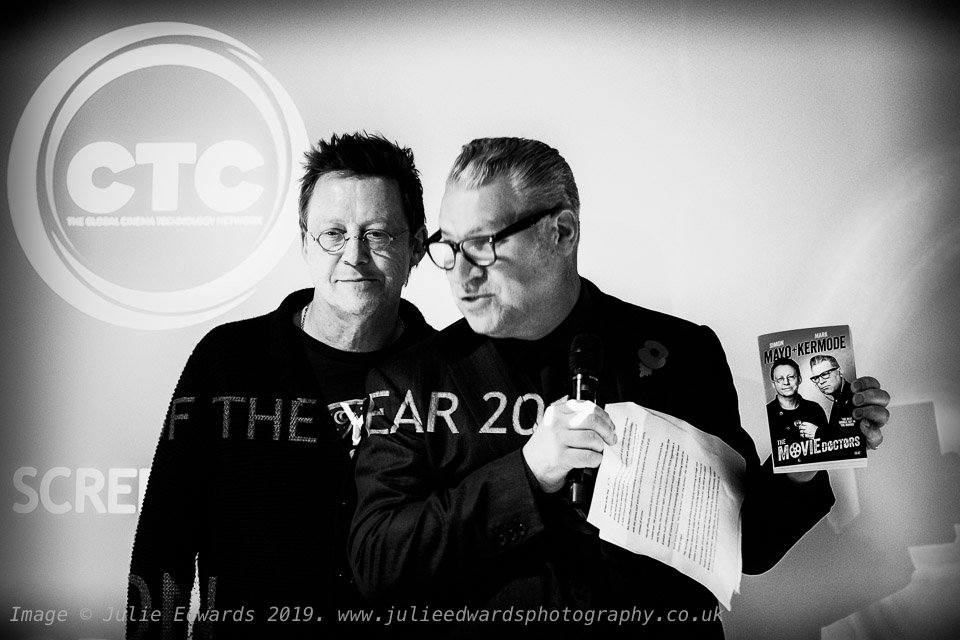 Cinema Technology Community (CTC), the not-for-profit independent trade organisation has announced the recipients of its prestigious 2019 awards at its annual awards ceremony in London on November 11th 2019.

With over 150 industry professionals and hosted by film-critic, author and broadcaster Mark Kermode, CTC’s own ‘Last Projectionist Standing’ Dave Norris, veteran broadcaster Simon Mayo, British film composer David Arnold and compered by Patrick von Sychowski and Helen Budge, the awards night recognised individuals and organisations that continue to drive excellence in movie-going through the use of technology and outstanding service to the industry.

We are delighted to announce Michael Swinson, Senior Associate, has been recognised and is the recipient of the ‘Outstanding Achievement’ award for technical excellence in delivering the refurbishment of the UKs iconic ODEON Leicester Square in London’s West End. The home of British Cinema and a regular venue for UK movie premieres was transformed in this ambitious re-imagining project completed in December 2018. The cinema was also the recipient of the ‘Cinema of the Year 2019’ award making it the second award of the evening.

“Our 2019 recipients blend those that have over many decades helped shape the movie-going experience we see today with those who are shaping the movie-going experience of tomorrow. Their relentless drive, enthusiasm and passion to push boundaries in design, technology and accessibility deserves the highest accolades and on behalf of the Board of Directors, Governors, Advisory Council and our members, we congratulate our award recipients,”

November 11, 2019 in Awards
This website uses cookies to improve your experience. We'll assume you're ok with this, but you can opt-out if you wish.Accept Learn more
Privacy Notice
Necessary Always Enabled