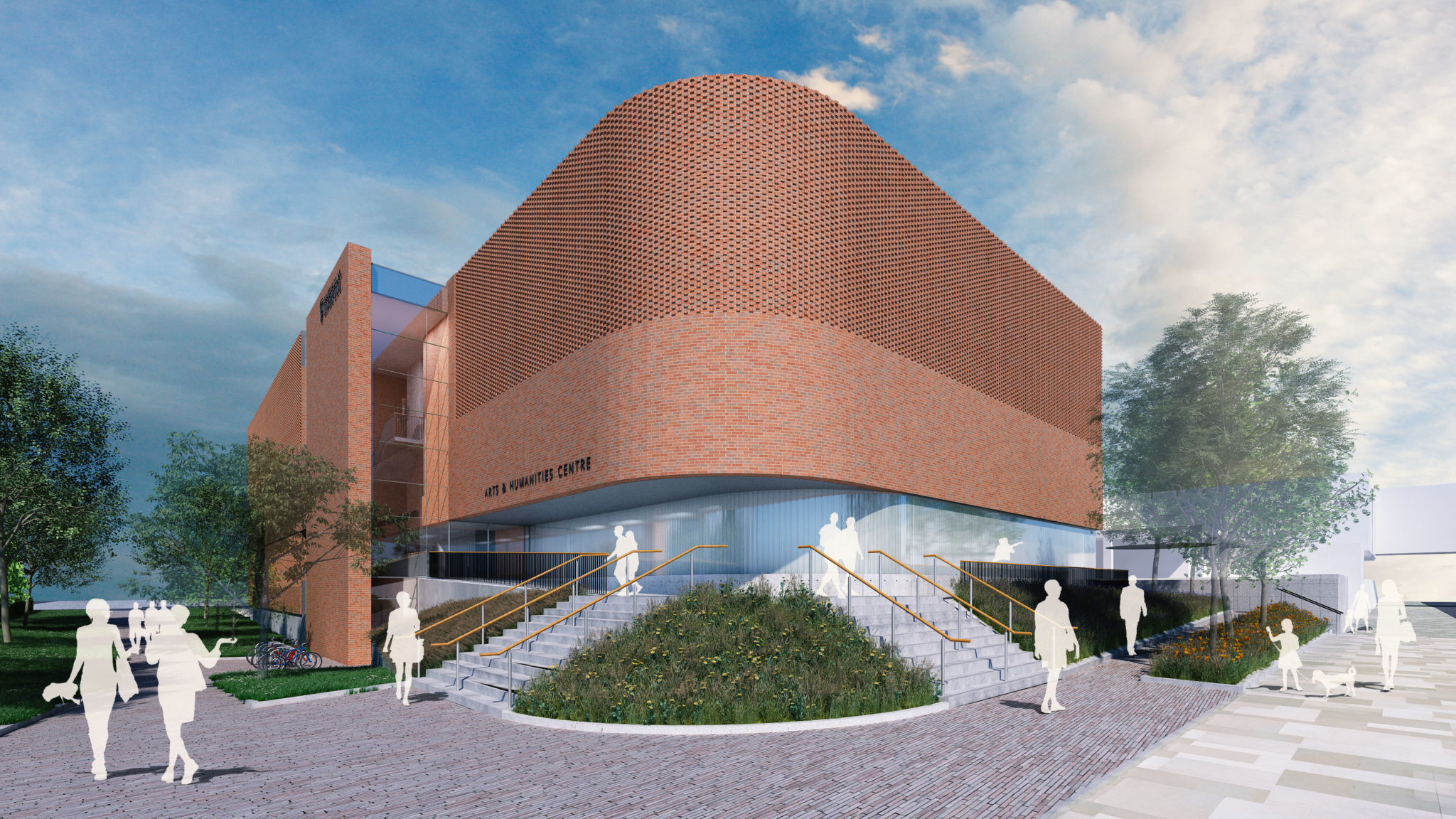 The new Arts and Humanities Centre at the University of Liverpool will include a state-of-the-art performance auditorium that will be open for public performances. The aim is to create a music performance space that will sit alongside the UK’s leading concert venues, such as the Liverpool Philharmonic which is situated not far away on Grove Street. Although smaller in capacity, this will be a unique space for the city – designed around acoustic performance as true “auditorium”.

As well as the auditorium (which can also be used for teaching) the new building will include two additional large lecture theatres (600 and 450 seat), seminar facilities, informal study spaces, a new cafeteria and an outdoor seating area. The auditorium will have an optimum acoustic profile and capacity for a 70-piece orchestra. It will offer a variety of concerts including jazz, folk and classical performances.

The development will also feature a high quality public realm element – re-establishing trees to both Grove St and Oxford St, together with enabling future connection to the Sydney Jones Library (through a new elevated public square).

The building will be situated on the south-east edge of the existing campus – defining this important gateway to the campus and city centre beyond.

August 27, 2019 in Planning
This website uses cookies to improve your experience. We'll assume you're ok with this, but you can opt-out if you wish.Accept Learn more
Privacy Notice
Necessary Always Enabled